This Halloween season has been the best I can remember in years, and it isn’t even October yet.  There’s an embarrassment of riches occupying shelf space at the local shops, and of those many, toe-curling products, the one garnering the most publicity is the collection of Monster Cereals from General Mills.  This is especially true because this year Frute Brute and Fruity Yummy Mummy (two previously discontinued Monster Cereals) have been re-released.  And if that wasn’t enough, all of the cereals were released with their vintage box art, exclusively at Target. 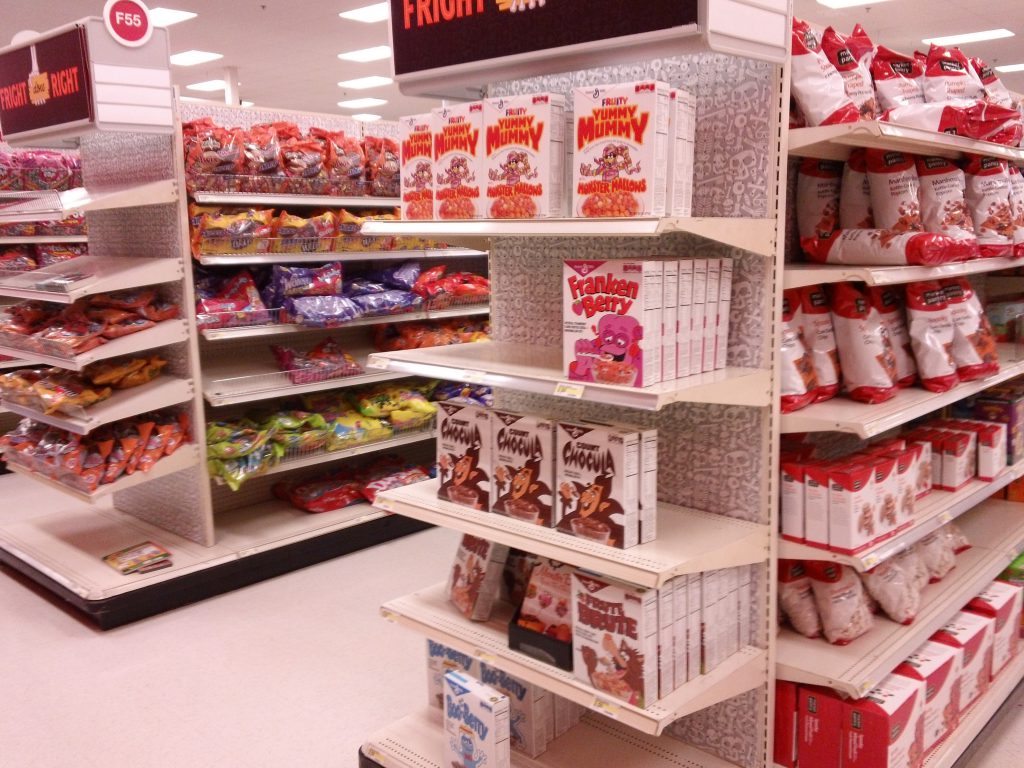 This is why, in large part, the past three weeks found me stopping by and calling Target on a near-daily basis to ascertain the day–and if possible precise minute–they would have their Halloween section prepared.  Finally, after weeks of waiting, the day arrived, and I donned my Halloween-fueled jet pack to fly as quickly as humanly possible to my local Target.  My very first stop of course was for the entire set of Monster Cereals (which came with a free Halloween party cook book). 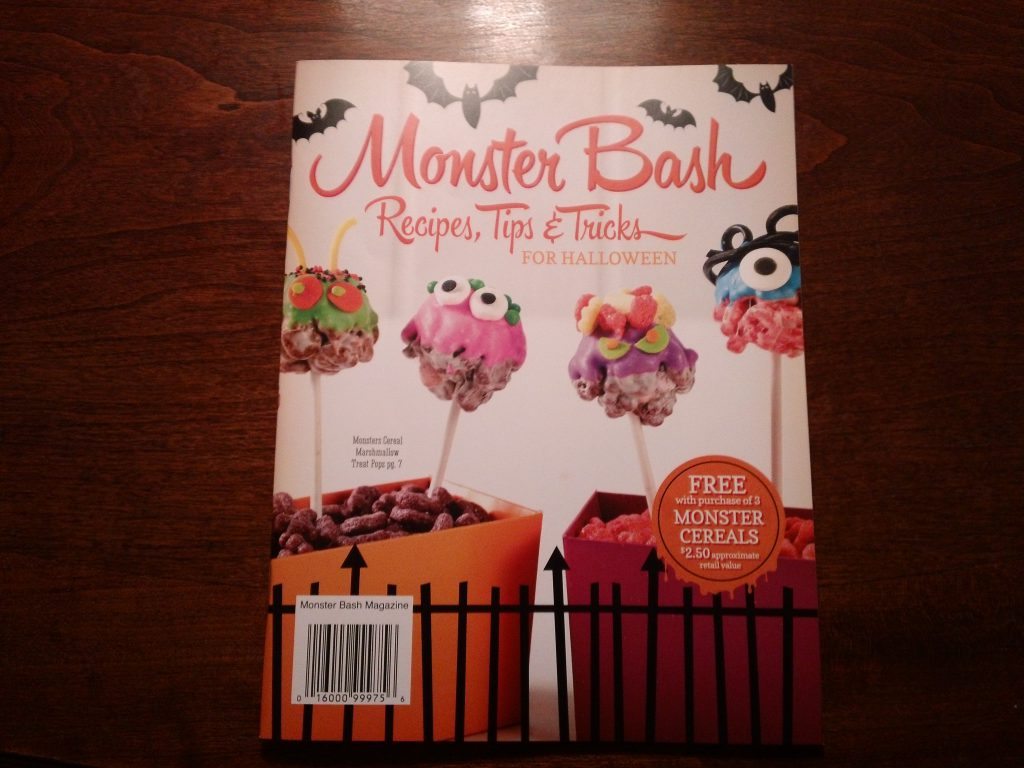 That, however, was only the beginning.  There were aisles upon aisles of  costumes, decorations, toys, candy, and more.  Before I knew what I was doing, I had added hundreds of dollars worth of Halloween goodness to my cart. 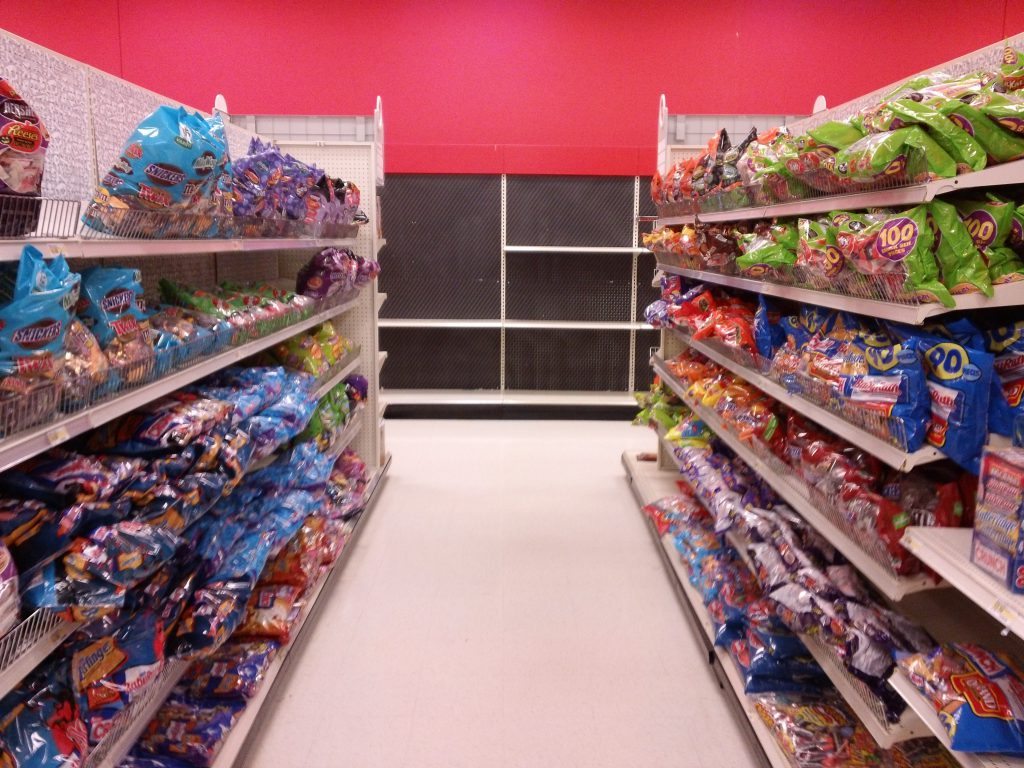 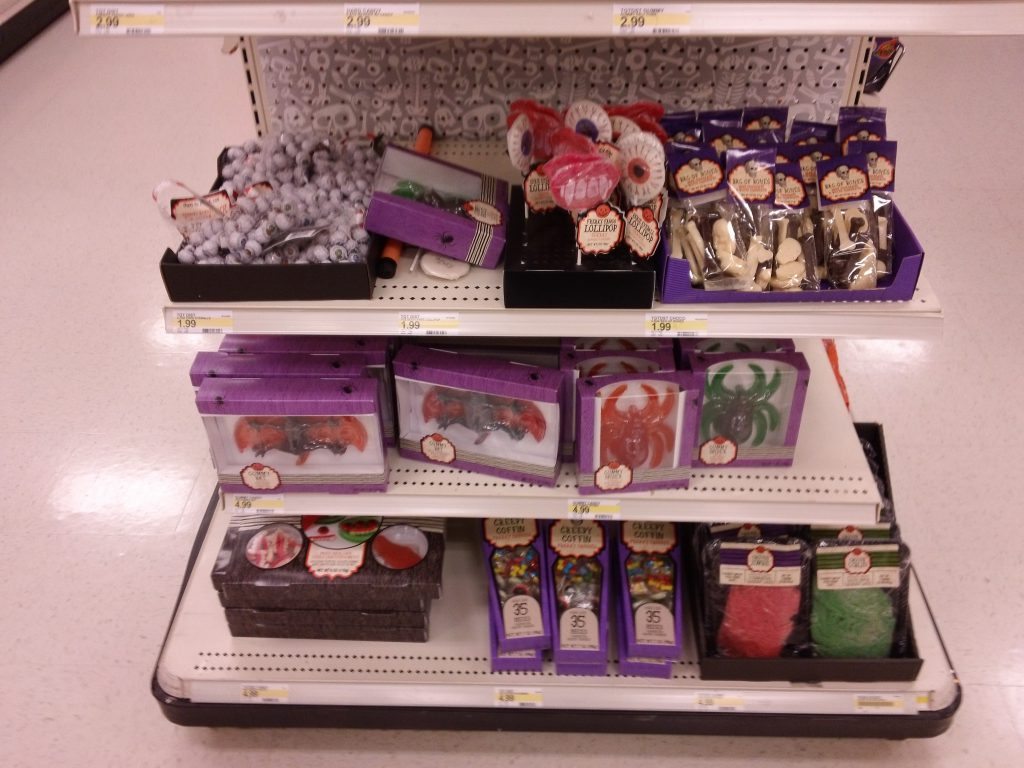 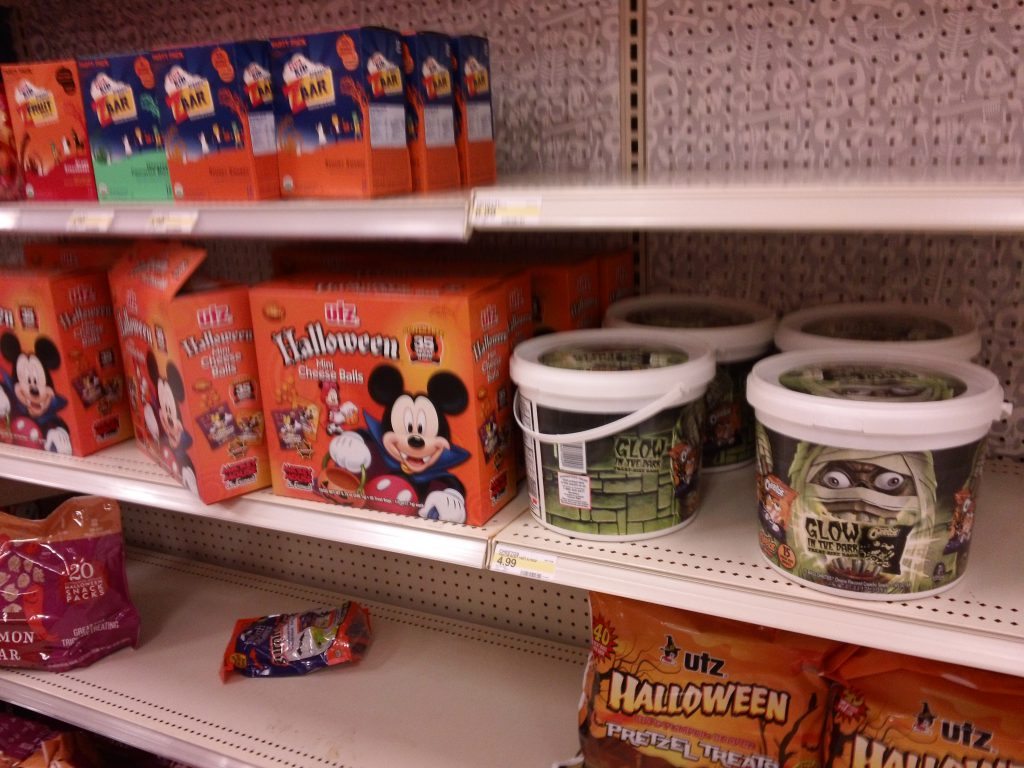 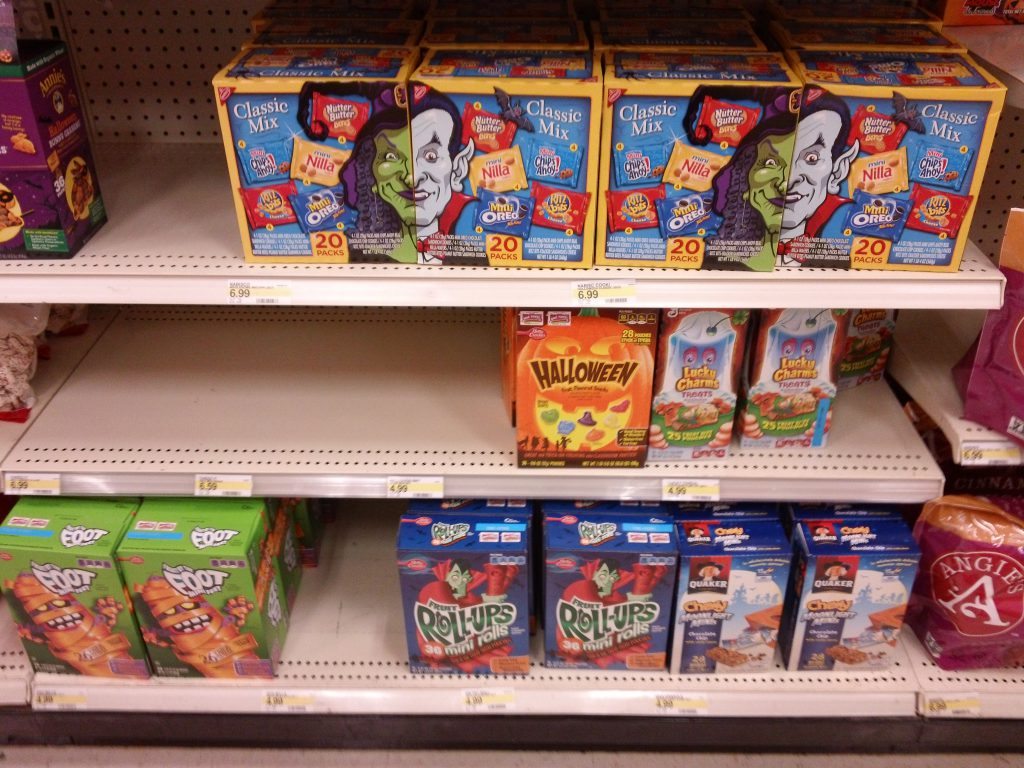 I paused.  I slapped myself across the face and screamed.  A target employee backed away from me and called someone on their walkie-talkie.  I laughed it off and explained I was just having a moment of clarity.

I’m broke.  I can’t afford to spend $300 on candy and toys, no matter how badly I may want to.  And so, three-quarters of my much-loved merch went back to the shelves.  I tried to remind myself, it isn’t even October.  I have time.

What I kept amounted to only $20, which was much closer to what I could afford.  I got my monster cereals, as mentioned.  I also decided to purchase a giant tub of Cheetos.   It may seem a strange choice, but I have two good reasons for it.  First, it comes in a reusable, collectible tub, which looks like pure awesome.  And second, the bags of Cheetos are glow in the dark.  Sold.

Next, I chose a small Skittles container that is shaped like a ghost.  At this point, you’re probably realizing that I have a weakness for products that come in collectible packaging. 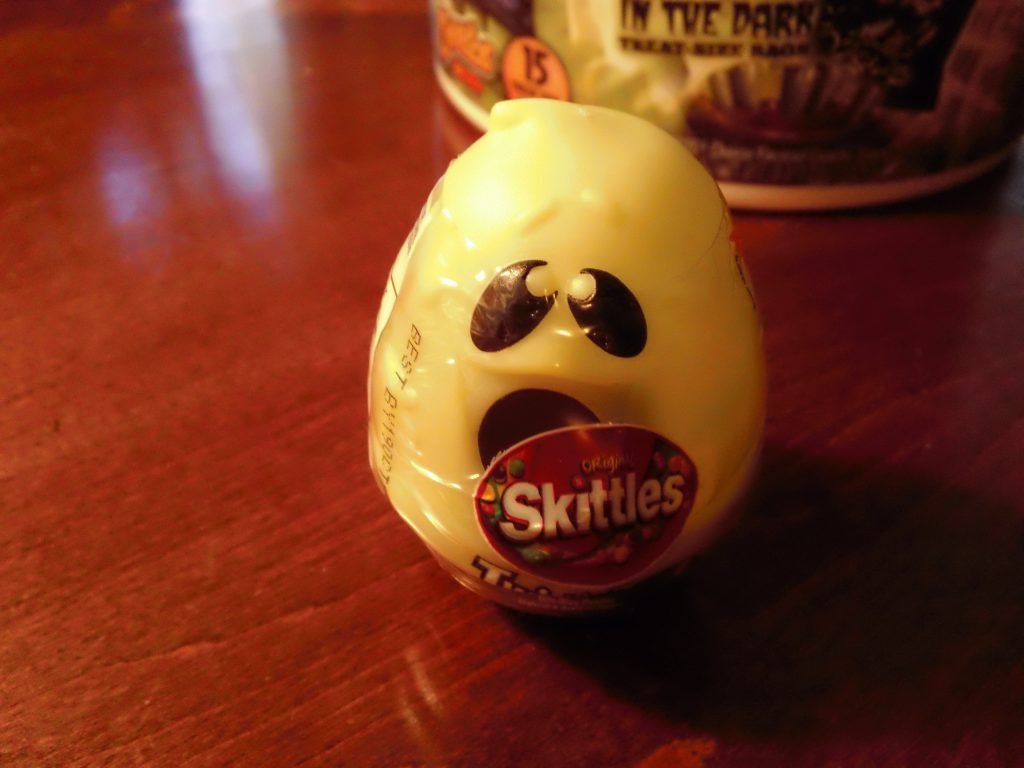 Finally, just for a bit of Halloween fun, I purchased a Pillsbury Brownie funfetti mix.  Hey, I needed dessert for the night. 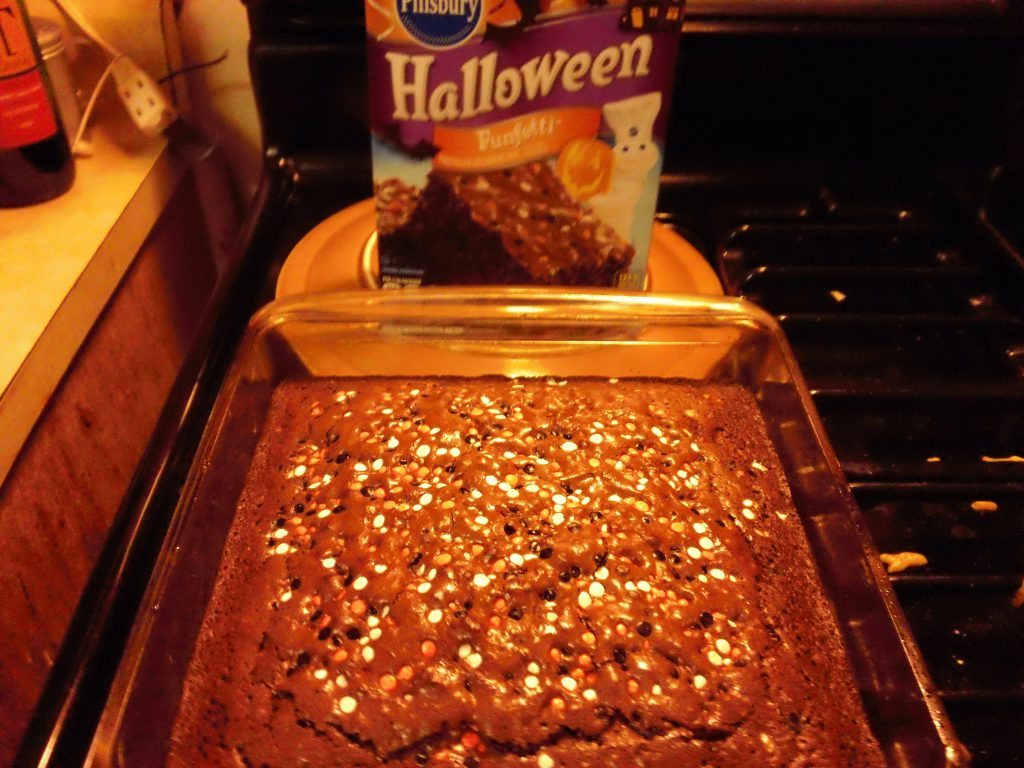 There were more than a few cool looking treats that I passed on, like Lucky Charms Halloween Cereal Bars,  Ring Pops that came in a cool Halloween Box, and so many more, I can’t even remember.

But there’s still time.  This Halloween season, it has already spanned a month and a half for me.  I’ve been watching horror movies, purchasing amazing horror products, and basking in the cooling weather as autumn approaches.  There are still haunted houses, apple pies, pumpkin pies, jack-o-lantern carving parties, Halloween specials, turning leaves, and all the wonderful feelings that come along with those things.

It’s not all about the stuff.  It’s about the way this time of year makes us feel.  I traverse time like a water-bug skittering across a lake, and become a ten-year-old child, anticipating a magical night of scares and wonder.

I hope you can come along with me.

We use cookies to ensure that we give you the best experience on our website.Ok